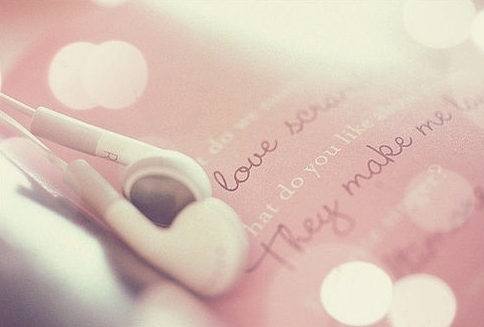 Vocals are the one instrument in a band that’s usually left to chance and luck. While most players spend hours and hours learning their instruments, vocalists and players that sing spend little time developing their instrument. As a result, there are a lot of simple things that can really help your performance, but are usually taken for granted or just overlooked. Here are a few things they don’t teach you in singing lessons.

Staying in pitch means singing in tune. And not just some of the notes – every single note! They’re all equally important!! Singing in tune requires real concentration and awareness. If you know you have a constant pitch problem of singing either sharp or flat, there are some really simple things to try that might help.

Pitch also means following the melody reliably. There’s a trend these days to scat sing around a melody, and while that might be desirable in some genres, it doesn’t work in any genre if you do it all the time. Scatting might show off your technique and ability but a song has a melody for a reason. That’s what people know, that’s what they can sing to themselves, and usually that’s what they want to hear.

The Pocket means singing in time and in the “groove” (the rhythm) of the song. You can be in pitch, but if you’re wavering ahead or behind the beat it won’t feel right. All of the things that help instrumentalists that are advocated elsewhere in the How To Make Your Band Sound Great apply to vocals as well. Concentrate on the downbeat (on beat 1) to get your entrances. Concentrate on the snare drum (on 2 and 4) to stay in the pocket.

Passion is not necessarily something that can be taught. To some degree, you either have it or you don’t. What is Passion? It’s the ability to sell the lyrical content of the song through performance. It’s the ability to make me believe in what you’re singing, that you’re talking directly to me and not anyone else. And passion can sometimes trump pitch and pocket. A not-all-that-great singer who can convey the emotion in his voice is way more interesting to listen to than a polished singer who hits every note perfectly but with little emotion. In fact, just about any vocalist you’d consider a “star” has passion, and that’s why he or she is a star.

On-stage, Passion can sometimes take a back seat to stamina, since you have to save yourself for a whole show and you can’t blow it all out in one song. That’s why many singers have only one or two big “production numbers” where they totally whip it out. This means that you have to learn the limits of your voice, learn how much of you goes into just cruising and when you can do it, and how much you need left in the tank to do your biggest, most effective show stoppers. In the studio, there’s never any cruising – you’ve got to give all the passion you can give for every song.

A few paragraphs ago I said that you either have passion or you don’t, but sometimes you really have it and you don’t know it, and it’s the job of the producer to pull it out of you. That could mean getting the singer angry to stir some emotion, building him up by telling him how good he is, or making him laugh to loosen him up. Anything to sell the song! But once you know how to summon it up from inside you, you can do it again and again.

A long-time veteran of the music industry, Bobby Owsinski has produced and composed for records, motion pictures and television shows along the way. Currently a principle in the DVD production house Surround Associates and content creator 2B Media, Bobby has also penned hundreds of articles for many popular industry trade publications and has authored several books that are now staples in recording programs in colleges around the world including “The Mixing Engineer’s Handbook”, “The Recording Engineer’s Handbook”, “The Audio Mastering Handbook”, “The Drum Recording Handbook”, and “How To Make Your Band Sound Great”.

A frequent moderator, panelist and program producer of a variety of industry conferences, Bobby has served as the longtime producer of the annual Surround Music Awards, and is one of the executive producers for the “Guitar Universe” and “Desert Island Music” television programs.